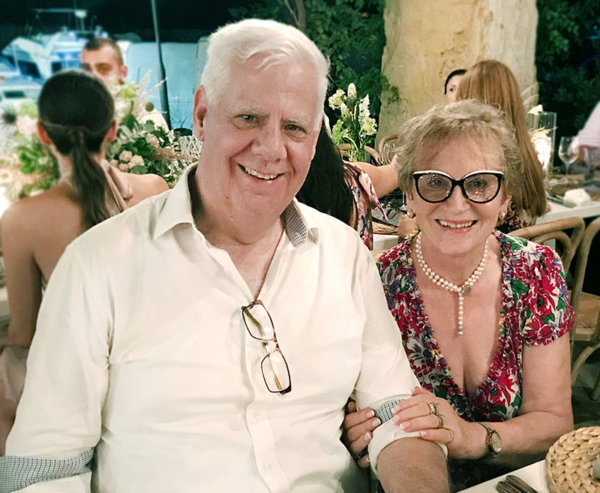 Daryl Fitzgerald, the Manager Director of Fitzgerald Marketing has been in the real estate business in Cyprus since 1990. He travelled a lot and heard so many positive reviews about Cyprus from his friends all over the world.

That was when he decided that Cyprus had a bright future and this resulted in opening his own Cyprus real estate agency in 2002.

They pay huge attention to every single detail, and their main task is to obtain excellent results for their customers. Fitzgerald Marketing is the most successful agency in Cyprus so far.

‘I wanted to show everyone that you can become successful without cheating anyone’, — says Daryl.

Daryl was born in 1949 in Adelaide, Australia. As a little boy he often visited his Uncle & Aunt’s farm. They had a kangaroo as a pet, named Joey, who felt very comfortable in the house and would even go into the bedrooms and lie on the beds.

Daryl’s father was fond of cars and participated in car races in New Zealand.  As for Daryl himself, he dreamed of the sky. At the age of 17 he won a scholarship at a flight school and learned to fly even before receiving a driver’s license.

Daryl graduated from the Air Force Academy in Australia as a Flying Officer and flew in P3 Orions. He served in aviation for 12 years.

He also studied science, economics, psychology and management at the University of Melbourne.

Daryl and his lovely wife Anna have a wonderful family with three adorable children, a daughter and two sons.

Andrea – the oldest one, married in England, has a beautiful daughter Alexandra.

Terry lives in Shanghai, is married to a Chinese lady, they have a charming daughter Aniela.

And Daryl Jr. – lives in London and married to a lovely French lady.

At present, Daryl and Anna live in a nice bungalow surrounded by colourful gardens in Kato Paphos.