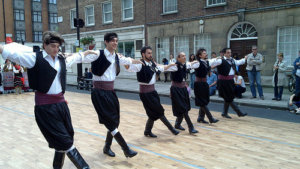 More than 89 per cent of Cypriots speak a foreign language, a study by global training company The Knowledge Academy shows.

At the bottom of the list of 28 EU countries is the UK.

Comparably, Sweden has the lowest percentage of people who do not any other language – 3.4 per cent.

Slightly behind these three countries are Luxembourg (5.5 per cent) and Finland (8 per cent.)

Only 10.5 per cent of Cypriots do not speak any foreign languages. (Cyprus Mail)